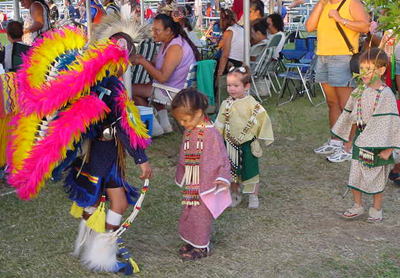 The clothing of the Tonkawa Indians, except for some items which were secured through trade (cloth shirts, trousers, and blankets), consisted primarily of bison hides or deer skins; these last were sometimes heavily beaded. It is said that when bison hides were unobtainable, the Tonkawa used bear or wolf skins. The women generally prepared the skins. Bison hides were worn with the hair left on. Deer skins however, were scraped on both sides, first having been soaked in “lye water” made from leaching wood ashes. Next, bison brains or the juices of certain plants were rubbed into the hides; after that the skins were further softened by pounding and scraping with flint knives.

Men sometimes wore only a breech-clout of deerskin or cloth. These were said to be quite long. Men also wore skin shirts or “jackets,” beaded moccasins of buckskin or bison hide, and leggings, belts, garters, and robes of bison hide. Tonkawa men wore earrings or necklaces of bones, shells, or of shell. The men wore their hair long and parted in the middle; they also braided it with cloth or wrapped it in strips of fur. 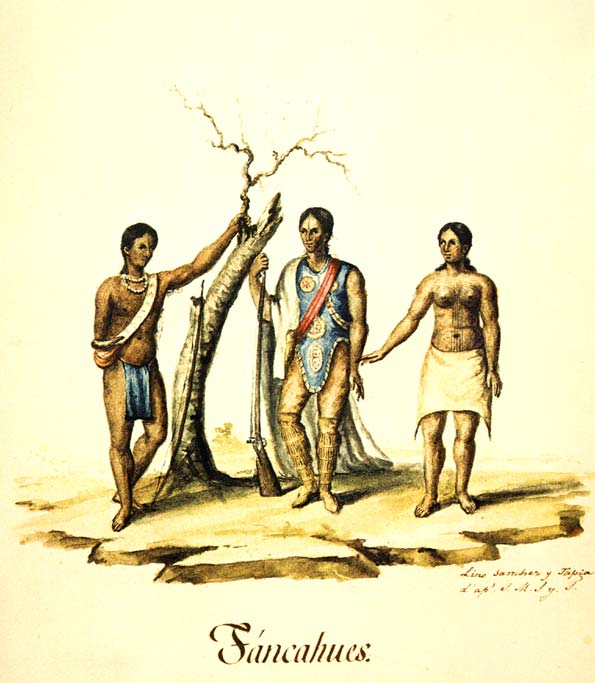 In preparation for a battle, the warriors put on headdresses of horns and feather and red flannel, and painted themselves and their horses with stripes. The men decorated their faces with special designs and colors. Certain individuals had the privilege of painting in a certain way, and this pattern could be used by an individual only if it was transferred to him. The designs were said to be imitated in the bead work. Among the colors used in face and body painting were red, green, yellow and black. These pigments were sometimes mixed with saliva and applied in daubs.

Few descriptions of women’s clothing are extant. The Tonkawa women wore little clothing, a small piece of deerskin which served as a skirt was the only article of clothing worn. However, some had an additional piece of hide draped about their shoulders. The skirts worn by the younger women had tinkling ornaments attached to the hem. In later times the women wore woolen blankets, a cloth dress, and skin moccasins.

Women parted their hair in the middle and wore it sometimes long, sometimes short. Paint was applied in black stripes to the mouth, nose, and back. On each breast black strips were painted in concentric circles extending from the nipple to the base of the breast. Women also tattooed themselves with charcoal and with various colored ingredients. Apparently they wore fewer ornaments than the men, earring and elaborate shell necklaces being the only articles noted.